Mr. Leeuw was born and raised in ‘t Zandt. After university study, Mr. Leeuw completed his studies in mechanical engineering as an engineer in Delft. After this, Mr. Leeuw came back to the North of the country and became a teacher of mathematics and physics, including at the Higher Maritime School in Delfzijl.

With his love for ships, Mr. Leeuw invested in 2018, through the Otaria Group, in Scheepwerf Delfzijl, v/h. Hunfeld BV. Mr Leeuw also had sustainability of paramount importance.

It was his wish that the Otaria Group continues to focus on sustainable development and modernization of Shipyard Delfzijl BV, the development of wind energy by means of small wind turbines, and the construction of CO2 neutral small tugs and pushers.

At the time of the sudden death of Mr. Leeuw, he was busy with the set-up and implementation of Zandt-Leeuw Foundation, but unfortunately he was not able to complete it anymore. The initial policy plan looked at the period 2019 – 2020.

The role of chairman will be fulfilled by Mr. Julius Koning.

Mr Koning had been friends with Mr Leeuw for many years. Mr Leeuw has asked Mr Koning to join the board because of his expertise in the field of investing and financial advice.

The role of treasurer will be fulfilled by Mr. Van de Meeberg, he is a lawyer and advises individuals, entrepreneurs and companies.

The role of secretary will be fulfilled by Mr. Van Cranenburgh and has years of experience in the field of (international) investments and financing. 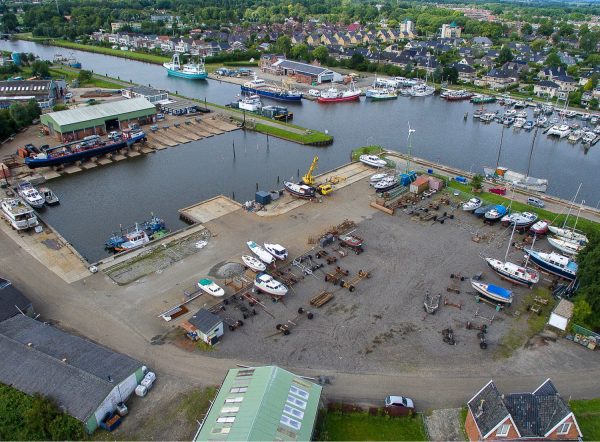